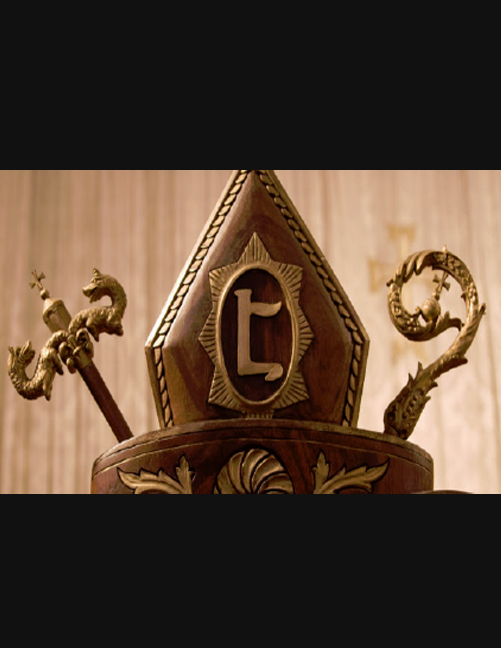 Honest and respected leading fathers are deprived of their apostolic authority

…In August and September of 2005, when I was still a serving monk of the cathedral, and I was at the University of Muenster (Mьnster) to prepare my doctoral thesis, I have sent two detailed letters to the Catholicos Karekin II on abusive practice of his monarchy and many other important issues.

In addition, during that time the Mother See and the Supreme Spiritual Council received written applications from several German-Armenian church communities and the deacons complete class of our Diocese, so that the current Supreme Patriarch and his advisors interpreted how it is possible to unfrock the serving and educated clergy upon “patriarchal supremacy”.

The Armenian leader of Germany (this entails Archbishop Garegin Bekchian) also repeatedly tried to talk about this with the Catholicos and get an explanation concerning the illegality around. Unfortunately, a few years ago, Holy Etchmiadzin denied all our requests.

Here I consider it necessary to note that after many unjustified expulsions of many clergy and seminary students, a number of similar applications and complaints have been sent to Catholicos Karekin II.

Both local and diaspora different communities, diocesan departments, individual benefactors and many of believers have written about such problems, however, till today none of them has received any reply.

In fact, the Mother See, which is considered to be the safeguard of our national values and faith, just disrespects its people in such an important matter.

In contrast, however, we must confess that most of our current bishops have always agreed with the idea that the issue of punishing the clergy and seminary students should be resolved in a different way, that is, in a humane and Christian manner.

However, none of our leaders still dares to say something publicly about this issue or take some practical steps …

The commanders of our church will still keep silent. Some of them are afraid of the persecution of His Holiness, while others believe that regardless of the shortcomings and the gross mistakes of the church leader, we must all respect his high priest holy anointing and blindly obey all his incomprehensible decisions.

Thus, we ourselves continue to keep alive “the cult of the elevated personality” typical for Stalin era in the Armenian Church or it would be more correctly to say the mania of worshiping a mortal man, having an important chair, as an idol.

Unfortunately, the high-ranking clergymen of this hypocritical type forget that the priests who are educated by the nation’s donations and then expelled from the church for some reason are also God’s ministers anointed by the myrrh.

We continue to hold this sacred sacrament on our foreheads, in contrast to the instruction on being proclaimed as unfrock according to the written on a plain piece of paper “patriarchal supremacy”, by which they are trying to permanently remove us from a backward communist establishment.

With a great deal of pain and hardship, it is possible to be reconciled with the fact that the still alive honest and respected leading fathers are deprived of their apostolic authority at present.

If the Catholicos had forbidden them even to make a priestly consecration at their dioceses on their own initiative, how could those poor people reserve the right to defend us – the unfrocked exiled persons?

This means that we in vain expect any kind of support or sponsorship from them, since they are miserable people who are in a sorrowful situation as we are or in a much worse situation than we are.

Therefore, it turns out that the time can be our only doctor. Probably, all such issues will be resolved only if during the next Catholic elections the Armenian government again does not sin against God by interfering with the affairs of the Church and at any cost not to push forward its favorite candidate.

I hope that in that case, our bishop fathers and their diocesan deputies will be able to freely choose a truly deserving and, most importantly, a believing person, who will become the 133rd patriarch of our suffering nation and will glorify the flock entrusted to him.