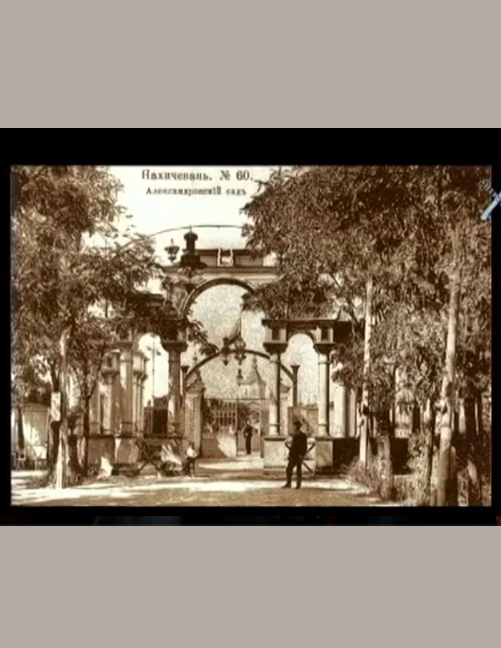 In 1779, in accordance with the Russian empress Catherine II’s decree, Armenians and Greeks had to move from the Khanate of Crimea into the Novorossiysk and Azov regions.

During the relocation, many experienced severe hardships and deprivations.

The rich entrepreneur of Kolkata Movses Babajian learned about it 12 years later only.

He had never been to the Don region and did not even imagine where Azov was.

But Moses did know that the Russian empress Catherine freed the Armenians from the Crimean yoke and helped them to move to Christian Russia, where the construction of a new city, Nakhijevan, began.

Movses Babajyan raised money to help the newly relocated Armenians and his calls were also responded by the other Armenian entrepreneurs in Kolkata.

Almost everyone made donations, but the biggest donation was made by Movses Babajian. He divided all his wealth into 16 parts, 8 of which he donated to Nakhichevan. In his will he wrote: <I,an Armenian, from the city of Amanda, currently live in Kolkata, India. I bequeath the half of my property to the Armenian Nakhichevan. “

For unknown reasons the Nakhichevani people learned about the will only 26 years ago when the benefactor’s was already dead.There joy was endless, as even according to very rough calculations, their share was 100.000 rupees, a huge sum for those times. It was almost equal to 625.000 Russian gold roubles.

The City Municipality sent a letter to India, saying that they were ready for inheritance. The British who were ruling India, didn’t pay attention to this letter, and there weren’t volunteers and financial means for getting acquainted with the situation on the spot. And only Armenian poet and publicist Mikhayel Nalbandyan took the issue seriously.

In 1859 Nalbandyan published an article about the Armenian legacy in his magazine and finally made a decision to visit India and personally receive the money.

Some malicious people started to insist that Nalbandyan had personal interests in this issue and that he wanted to grip the money. But he was ready for those accusations.

In a letter addresses to Salfinkyan, Nalbandyan writes.” Unfortunately it’s the Armenian psychology, if they can not help or do anything, they are always ready to hurt and destroy what has already been done or what is being done”.

Nalbandyan was referring to the Armenian priests led by Gabriel Ayvazovski, who were trying to hinder Mikael Nalbandian’s plan of traveling to India by conspiring against him.

Before his departure Nalbandyan says.” A group of “patriots” have chosen the same insidious way to oppose: gossip and slander”.

After travelling thousand kilometers, Nalbandyan reached to Kolkata. He immediately started to get acquainted with the representatives of the Armenian community, so that he could have their support if necessary.

At that time, power in the city and country belonged to the BreatBritain. Nalbandian was the first to visit local respected businessman Harutyun Abgaryan. The latter warmly welcomed his Armenian compatriot from Russia and advised him to get acquainted with the chairman of the Kolkata City Department, an Englishman Charles Hague.

It turned out, that Movses Babajyan didn’t have any heirs, thus his whole wealth, the shops,

warehouses, and hotels were under the jurisdiction of the city administration. And Charles Haggins was receiving 5% of Babajian’s income as a fee for being a trustee. Abgaryan knew about Babajian’s will and was realizing that Hague would create artificial obstacles for Nalbandyan. If Nalbandian’s campaign ended successfully, Haag would be deprived of considerable money. As it was expected, the negotiations with Hague weren’t successful. The parties decided to apply to the court. Before the Supreme Court returned from vacation, Nalbandian managed  to estimate his property and count the money. The final sum was quite large (100,000) at 100,000 pound sterling.

It turned out that Babajian not only gave his own property, but also encouraged his compatriots to donate and help compatriots living in Russia. One of the well-known commercial merchants Katarina Khojamalyan was one of those who  responded to the call for fundraising. This woman had descendants. After learning about this, Nalbandian met with Katharina’s granddaughter Barbara Elias. The latter said she did not have the right to scorn her grandmother’s will, but she would not be able to afford paying the same amount of money twice.

The thing was that Gabriel Aivazovsky had already addressed him with that question. The latter sent his representative to the Primate, Father Tadevos Beknazaryan. After Listening to this, Nalbandian was very angry. “Again, this Ayvazovsky … Why aren’t he and his priests  engaged in their duties … Where there is money,the God is dead for them …”.

Mrs. Elias didn’t want to give up and said that the money was not her own and that it should belong to the legitimate heirs and she would consider legal only the decision made by the Supreme Court.

Contrary to the Armenian priest’s adventurism, the Supreme Court examined Mikayel Nalbandyan’s claim and the truth won. Thus, Nalbandian took the entire amount he could get at once, with him to Nakhichevan. The Bengalian bank was obliged to transfer the remaining 100,000 (one hundred thousand) pound sterlings to the Armenians of Don Nakhichevan, paying the amount partially every month.

These funds were being spent on building schools, hospitals, and improving streets of the city. The biggest monument dedicated  to Movses Babajyan’s memory  became Moscow’s Moskovskaya hotel.

This continued until 1917. The October Revolution eliminated all the possibilities, that the heritage will be ever sent by the British . According to calculations, the Nakhichevan residents received only 40% of the inheritance,

while the remaining amount stayed in India. Through British sites, where one can track the fluctuations in pound sterling exchange rates, I was able to calculated the amount of money India should pay to people of Nakhijevan.

So, I took my camera and went to Mirza Galip Street, where the Armenian Academy established in 1821 is situated. The college is one of the best educational institutions in Kolkata. Workers and teachers are not only Indian citizens, but also citizens of other countries. I was honored to talk to the representative of Echmiadzin, Movses Sargsyan.

I wasn’t less angry with clergy than Michael Nalbandian nearly 150 years ago.

I was walking down the Armenian street and wondering what the Catholicos had to do with all of that, why was that  secular college being governed by the clergy, and what’s their relation to the heritage. My head was all over the place, and I did not notice how I came to the Armenian Church St. Lazarus, built in 1764. The guards did not allow me to enter the church, because the representative from Echmiadzin had already instructed him not let me in as I did’not have an appropriate permission.

And right there I had an opportunity to meet with the real Indian- Armenians and have a warm conversation with them. I also learnt about the incident from the local Armenians/ Mr Manouk is an Indian-Armenian. He told me that all the Indian heritage had not belonged for a while then  and the owner of everything was Echmiadzin.

By using the funds of the foundation, the Armenian living in India were living quite well. It was so until 2000. There were 12 members of the Council, appointed by the local Armenians. They were in charge of distributing the funds for the people in need. But, in the 2000s, local Armenians gave the representatives from Edzmiadzin the opportunity to become a member of their Council.

Step by step the clergy from Echmiadzin  appropriated all the documents. The old men didn’t even manage wink their eyes when they realized that everything was lost because of their kindness. Now, in order to get the money needed for treatment or funds for studies, the Armenians of India should write an invitation to those who have nothing to do with the foundation, that is, the clergy. Meanwhile, in the past no priest had the right to be part of the Council, than the times were changed. Now, there are no Indian Armenians in the Council. Here are only Armenians from Armenia  and some strangers with Indian surnames.

A woman from Armenia, who now lives in Kolkata, says. “I’ve heard that Movses Babajanyan had left heritage for the Armenians living in Russia, but it’s faith is unknown. I think, that we must look for that wealth in Echmiadzin, at least Mother See is in charge of this heritage now. That’s why they avoid any conversation. Local Armenians applied to the journalists. Several years ago journalists from London arrived in Kolkata to investigate the case. They found out that besides the estate, that was appropriated by Echmiadzin, the Holy See had also took control over 5,000,000 euros which they keep in HSBC bank.

In addition, the foundation, which is under the control of Echmiadzin, finances a cardiac center in Kolkata, which has nothing to do with Armenians. The situation with the college is also uncertain and there are several issues. This is precisely why students are forbidden to communicate with strangers, and sometimes even with their relatives. “

Alisa is an Armenian College graduate. She remembers the years of study with sadness.

Question. – Please tell me about your college education, what was happening there?

Alice answers: – There are many things to say … within 3 years we were allowed to meet our families once. When journalists from Russia or Armenia were caming to college, we were’nt allowed to interact with them. They used to answer their questions on our behalf, otherwise we had to talk to the journalists without the cameras so they could not have any proof. We were dissatisfied with these pressures. We were being beat cruelly over and over again, not only we but also the teachers were suffering. For example, once a  teacher came from Armenia.As the girls were living far away from the boys in a separate building, that woman was also living with us. We weren’t seeing her at all.

Every morning the principle who was a priest, was making speeches and then calling one of the girls and hitting her before the whole college for misbehavior. It was horrible. They were telling inappropriate anecdotes in our presence, and especially Ter Tigran was notorious for that kind of actions. He was also a famous womanizer. We remember the years in the College as a nightmare.

What I saw here was enough to understand something important. Nobody can ever eradicate the Armenian people from the face of the world and if it ever happens, then the guilty once won’t be the foreigners but the Armenians themselves.