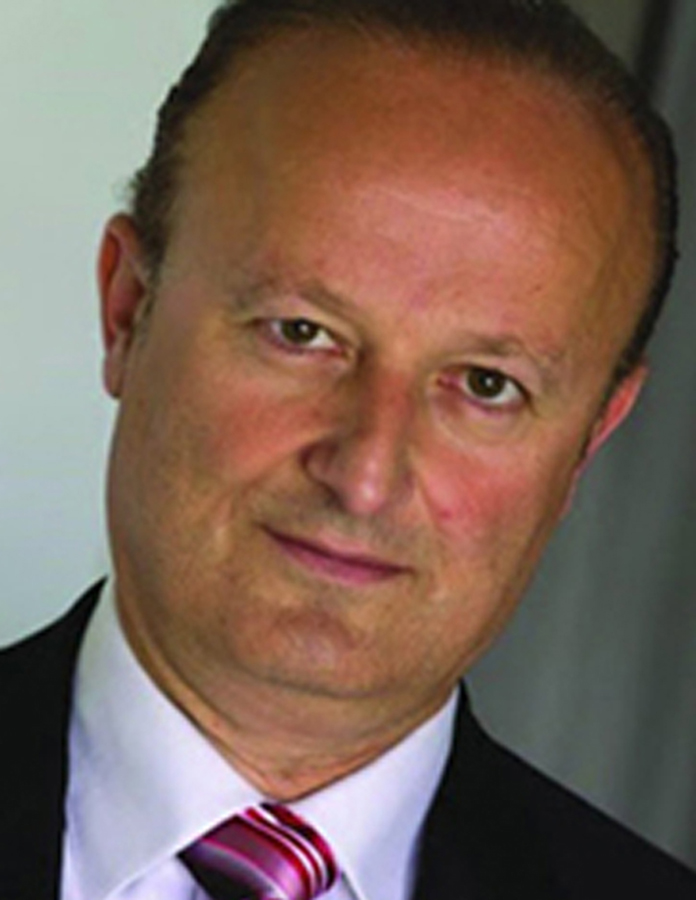 In a single act, Arch. Hovnan Derderian and Pastor Manouk Mar-karyan along with his son Harout Markaryan perpetrated multiple frauds, bore false witness, lied to and introduced false documents in a court of law. In the process, they broke at least three Commandments: Third Commandment — “You Shall Not Take God’s Name in Vain;” Eighth Commandment – “You Shall Not Steal;” Ninth Commandment –”You Shall Not Bear False Witness.”
In late 2018, in an attempt to obstruct justice for a major benefactor, Western Diocese Primate Arch. Hovnan Derderian, St. John Garabed Church Pastor and Diocesan Council Member Manouk Markaryan and Pastor’s son, Diocese Executive Secretary Harout Markaryan reportedly committed forgery. The Derderian Triumvirate (Derderian, Pastor Markaryan and his Son Harout) forged a legal document in order to undermine Mr. Taglyan’s legitimate rights in court and to ultimately defraud him out of millions of dollars.
In November 2018, immediately after the filing of the lawsuit by Western Diocese against Mr. Taglyan, Mr. Taglyan’s attorney issued a request to the Diocese to share the copies of St. John Garabed Church/Pastor Markaryan’s appeal letters of Sept. 16, 2004 and Sept. 28, 2004 and offer-letter of January 16, 2005.
The Western Diocese claimed they didn’t have copies of the requested official letters. They claimed “they lost them.” Mr. Taglyan had his original letters.
In the Sept. 28, 2004 document, Pastor Markaryan issued an offer on behalf of St. John Garabed Church stating: “1) We entrust you the construction work of “Parking Lot” and the “Taglyan Complex” (you are familiar with the projects, including the monthly $6000 lease payment) and believe you will do your best to finish the construction; 2) After completing the building, we entrust you to manage and meet all expenses including insurance, lease expenses. No one (from the church) may have financial interference relating to this matter; 3) For all the funds that will be spent by you on the construction, you will get an annual 7% interest indefinitely (without any limitations) from the hall income until you receive back completely funds allocated by you.” (SEE DOCUMENT NO. 1 ON THIS PAGE).
In his first letter-appeal, Pastor Markaryan had written that the church was in a very bad financial situation and that Mr. Taglyan’s support was critically important for the church’s survival.
When the first letter was left unanswered by Mr. Taglyan’s, Pastor Markaryan wrote a second letter in less than 2 weeks. The second letter also was left unanswered by Mr. Taglyan.
In a follow-up Jan. 16, 2005 offer-letter, Pastor Markaryan reiterated the offers no. 1 through 3 of Sept. 28, 2004 letter and added a bonus offer: “We will also offer you and your family 4 days every year for use of the ‘Taglyan Hall” free of charge. (SEE DOCUMENT NO. 2 ON THIS PAGE)
In an attempt to render documents issued by Pastor Markaryan useless in court, Arch. Derderian and The Markaryans conspired to concoct a phony letter in 2018 but back-dated to Sept. 28, 2004 in order to supersede both Sept. 28, 2004 and Jan. 16, 2005 documents. In order to make it look credible in court, Arch. Derderian took great length to fraudulently place long-deceased Parish Council Chairman and older brother of Petros Taglyan, Dr. Yeghia Taglyan’s name as a signatory. (SEE DOCUMENT NO. 3 ON PAGE E3)
Mr. Taglyan states that up until 2018, he never saw the forged letter backdated to Sept. 28, 2004. It only surfaced in late 2018. Original official letter dated 2004 was signed by Pastor Markaryan. The concocted letter by Arch. Derderian reflected a different content than Pastor Markaryan’s letter.
Why did Arch. Derderian resort to fabricating this phony letter? Seemingly Derderian’s main intention was to take out Pastor Markaryan’s name from the court proceedings and to further muddy the waters in court as well as create confusion. Convolution, deception, subversion and contempt in court seem to be integral parts of Arc. Derderian’s perverse strategy in court proceedings and other day-day operations of the Diocese.
During court proceedings, when attorneys for Mr. Taglyan asked Western Diocese to produce St. John Church’s records starting from 2004, Western Diocese oddly claimed that they had no such records and that they “have lost all the letters.”
Arch. Derderian ’s conniving attempt may have been based on the assumption that Mr. Taglyan would not have a copy of the original Markaryan letters. To their surprise, Mr. Taglyan pulled out from his files the original letters showing Pastor Markaryan as the original signatory and as the official representative of St. John Garabed Church Hollywood Parish Council. (Read the 9-28-2004 original offer-letter by Pastor Markaryan on page E2, and then read on page E3 the 2018 forgery letter by Arch. Derderian backdated to the same date — 9-28-2004.)
The forged 2018 letter by Arch. Derderian erroneously shows the date of 9-28-04. Backdating is initiated by Derderian in order to make it look like Pastor Markaryan was not authorized to issue the original offer-letter and it preceded the 01-16-05 follow-up offer-letter by Pastor Markaryan trying to create the perception that both original documents are non-valid.
READ: