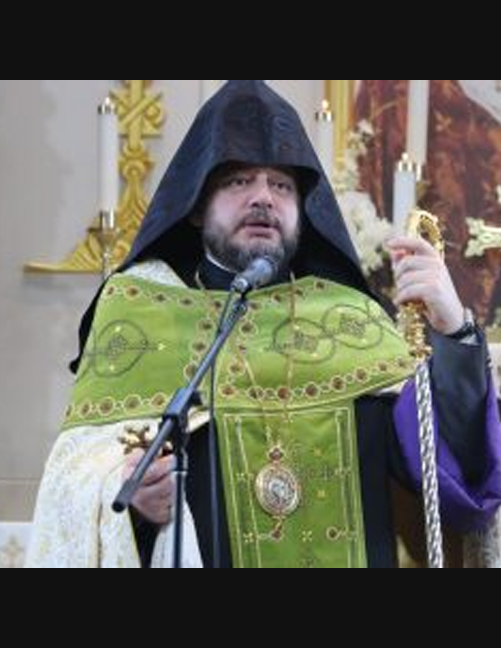 BY Jerry Aznavourian
JUST IN FROM CANADA

As many of you would know, according to the By-laws of the Diocese, elections should take place to elect an Arachnort every 5 years. This year Abgar Serpazan’s 5 year term was up, and a full election should have taken place. Well, Echmiadzin found a way to manipulate the process and reappoint the Serpazan by acclamation.
The Diocese has 49 assembly members duly elected throughout Canada by the lay members. They gather in a designated city and vote. Echmiadzin supplies 2 other viable candidates for a 3 way fair election. The assembly members will then vote for the best Arachnort. Well, that’s how it was done in the past.
This year, a sham process was devised. Instead of two other Serpazans, 2 Vartabeds arrived from abroad. They were wined and dined with all their expenses paid. Then, during the assembly, probably as instructed by Echmiadzin, they promptly announced that they are withdrawing their candidacies, thus leaving Abgar Serpazan as the sole candidate who was acclaimed for another 5 years without a single vote being cast.
This manipulation of the Diocesan By-laws cannot be acceptable. It totally violates the intent of the established due process. It is a slap in the face for all those lay members who duly elected those 49 assembly members. It is an insult to these assembly members who travelled far and wide at their own expense to fulfill their duties. And, Echmiadzin outmanoeuvres all into reappointing their own preferred candidate without a single vote. This cannot be right.
Importantly, the By-laws were devised to ensure that Church members elect their own Arachnort. Modern day Echmiadzin considers this an unacceptable right. “We will tell you which Arachnort is best for your community”.
It is now incumbent upon these 49 assembly members to defend the long established due process and reject Echmiadzin’s manipulative ways.
According to the Holy Trinity Armenian Church’s own published figures, in fiscal 2017 they collected $26,635 in membership dues. At $70 a pop that translates into approximately 380 members. In 2018, the dues were $21,685, that is 310 members. That almost is a 20% reduction in membership in one year! This is the direct measure and proof of the level of discontent in the community against the Church and its hierarchy.
Those 49 assembly members and Diocesan Council members have a duty to correct what is wrong in our Church.